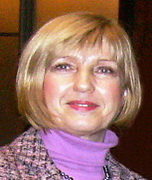 Prof. Mišković-Stanković is a member of The International Society of Electrochemistry, The American Electrochemical Society, European Federation for Corrosion. She is Associate Member and National representative in the IUPAC Division Committe of Physical and Biophysical Chemistry, National representative in the EuCheMS Division of Electrochemistry, Deputy Secretary of the Technical Sciences Division of the Serbian Scientific Society. She was a chair/member of Scientific and Organizing Committees of numerous international and national Meetings.