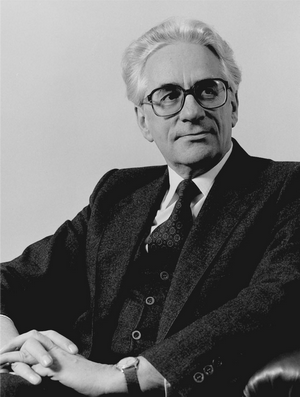 Professor Aleksandar Despić was born in Belgrade in 1927. He graduated from the Faculty of Technology and Metallurgy, University of Belrade in 1951. as an outstanding student. After three years spent in London (1953-1955), he obtained a Diploma from the Imperial Colledge of Science and Technology, and a PhD from the University of London in 1955. He joined the Faculty of Technology and Metallurgy at the University of Belgrade, where he eventually became a professor in 1971. He thaught Physical Chemistry, Colloid Chemistry, Chemical Kinetics and several courses related to Electrochemistry at the Department of Physical Chemistry and Electrochemistry. He was a visiting scientist in the Electrochemistry Laboratory of the University of Pennsylvania, Philadelphia, USA, from 1957 to 1959, and a visiting professor in 1968. He was a visting professor at other universities worldwide as well. Professor Despić was a full member of the Serbian Academy of Science and Arts (elected Vice-president in 1981 and President in 1994), a member of the European Academy of Surface Technology and the European Academy of Science and Arts and Member Correspondent of the Croatian and Slovenian Academy of Sciences and Arts.

Professor Despić was one of the founders of the todays Department of Electrochemistry of the Institute for Chemistry, Technology and Metallurgy, University of Belgrade, where he served as a director in two periods. He was also one of the founders of the Center for Multidisciplinary Research and its Energy Research group. These institutes, together with the Faculty of Technology and Metallurgy have become what is known woldwide as the Belgrade electrochemistry school, thanks to the foundations set by professor Despić and his collaborators. The Museum of Science and Technology in Belgrade was founded mainly through initiative and efforts of this great man and scientist. Throughout his career Professor Despić has been a dedicated teacher and advisor, whose many students and collaborators have spread his knowledge in Electrochemistry on the new generations of scientists both in Belgrade, and around the world. He was one of the most significant Serbian scientists of the 2nd half of the XX century, and his contribution to worlds Electrochemistry has been recognized mostly in defining the mechanism of anodic dissolution of iron together with professors Bockris and Dražić („BDD mechanism“). He has also contributed to the fields of electrode reaction kinetics and mechanisms, metal electrodeposition, electrochemical power sources, mass transfer in electrochemical systems and chlor-alkali electrolysis through 18 books, textbooks and monographies, numerous studies and patents and over 160 scientific papers. 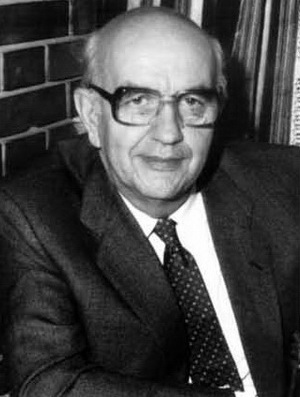 Professor Dragutin Dražić was born in Belgrade in 1930. He graduated from the Department of Chemical Technology at the Faculty of Technology and Metallurgy, University of Belgrafe, with the highest grade in 1956. After graduation, he joined the teaching staff of the same school, in the Department of Physical Chemistry and Electrochemistry, in which he spent his entire career, commencing as an assistant lecturer and becoming a professor. He taught very successfully a variety of subjects, such as Electrode Kinetics, Corrosion, Electrochemical Double Layer and Adsorption (postgraduate) and finally, Physical Chemistry – a General Course. He was the Head of the Department of Physical Chemistry and Electrochemistry for several years. In July 1959 he went to the USA, to join the Electrochemistry Laboratory of the University of Pennsylvania in Philadelphia, led by Professor John O’Mara Bockris. In 1970 he returned to that Laboratory by invitation of Professor Bockris, to spend another year there as a group leader in several subject areas within electrochemistry. As a parallel occupation, he joined the Electrochemistry Department of the Institute of Chemistry, Technology and Metallurgy (ICTM) at the time of its formation in 1961, where he was an active project and group leader and the Director of that institution.

Professor Dražić was actively engaged in social activities, very active in the Serbian Chemical Society performing the duties of Bursar, Secretary, Vice-President and finally President of the Society. In 1985 he was elected as a life Honorary President of the Society. He was the Editor of the Journal of the Serbian Chemical Society. On the international scene, he was a National Secretary of the International Society of Electrochemistry, a Vice-President of that Society (1992–1994), a member of the Commission on Electrochemistry of IUPAC and of the Working Group on Electrochemistry of the European Federation of Chemical Engineers. In recognition of his achievements, in 1983 he was elected a Member correspondent and in 1991 a full Member of the Serbian Academy of Sciences and Arts. In 1995 he was awarded the Medal of the Serbian Chemical Society for Exceptional Contribution to Science. The scientific work of Professor Dražić resulted in 2 books, 3 chapters in international series of monographs, over 160 papers published in scientific journals, 28 professional studies and 7 patents. The main scientific interests of Professor Dražić were new electrochemical power sources, measuring methods and new technological systems and electrochemical processes of deposition, dissolution and corrosion of metals. The most important fundamental contribution of Professor Dražić, together with professors Despić and Bockris is that of elucidating the mechanism of anodic dissolution of iron („BDD mechanism“). Professsor Dražić through his work became one of the leading figures in contemporary electrochemistry who, with his successors, played a key role in forming what is known today as the Belgrade Electrochemistry School.