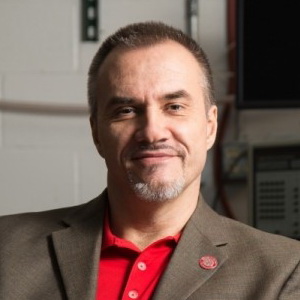 Dr Stanko R. Brankovic is professor at the Cullen College of Engineering, University of Houston. He obtained B.E. in Chemical and Biochemical Engineering in 1994 (University of Belgrade) and Ph.D. in Science and Engineering of Materials in 1999 (Arizona State University). Before joining the University of Houston in 2005, he spent two years as postdoctoral researcher at Brookhaven National Lab (1999-2001) and four years as a research staff member at the Seagate Research Center in Pittsburgh (2001-2005). Dr Brankovic currently serves as a board member of the Electrocatalysis journal and he is the Chair of the Electrodeposition Division of The Electrochemical Society (ECS). Previously, he served as the chair of the Electrochemical Material Science Division of the International Society of Electrochemistry, ISE (2015-2017). Dr Brankovic’s research interests span in different areas of material and surface science including Thin Films, Corrosion, Electrocatalysis, Electrodeposition, Magnetic Materials, Nanofabrication and Sensors. His work has been acknowledged by the University of Houston Research and Excellence Award (2010) and National Science Foundation Faculty Early Career Development Award (2010). He is also a recipient of the 2017 Electrodeposition Research Award of the Electrochemical Society. He has published over 70 papers, with over 2000 citations and h-index 22. More information about Dr Brankovic's group and research interests are available at: http://ecnfg.ece.uh.edu

Contemporary conversion coatings on aluminium alloys based on zirconium, chromium and rare earths 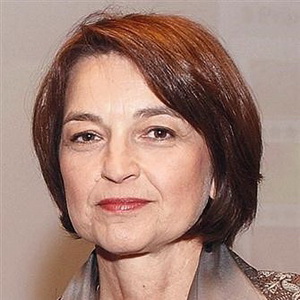 Dr Ingrid Milošev is the Head of the Department of Physical and Organic Chemistry at the Jožef Stefan Institute (JSI) in Ljubljana, Slovenia. She graduated from the Faculty of Chemical Technology, University of Zagreb in 1986, and received her Ph.D. degree in 1993 at the Faculty of Natural Sciences and Technology, University of Ljubljana, Slovenia. She was a post-doctoral fellow at the Heinrich-Heine University of Düsseldorf, Germany. She serves as a vice-president of the Scientific Council of JSI since 2011. She was elected as full professor at the Jožef Stefan International Postgraduate School and at the Faculty of Chemistry and Chemical Technology University of Zagreb, Croatia, and a scientific advisor at Valdoltra Orthopaedic Hospital. Dr Milošev’s scientific interests include corrosion processes and corrosion protection of technological and biomedical materials aiming to prolong their life-time and functional abilities. She has published over 170 scientific papers in peer-reviewed journals with over 5500 citations and h-index 38, presented over 130 contributions at international and national symposia, delivered 14 invited lectures, including the prestigious Gordon conference in USA in 2016, and wrote 6 chapters in scientific books published by international publishing houses. She serves the associate editor of the journal Materials Degradation within the Nature Journal Group. 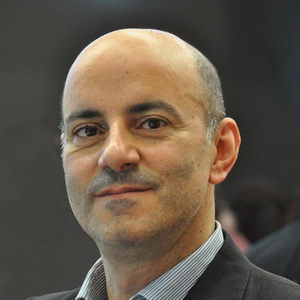 Dr Giovanni Zangari is currently a professor of Materials Science at the University of Virginia. He received his M.Sc. in Nuclear Engineering from Politecnico di Milano and his Ph.D. in Metallurgical Engineering from the Politecnico di Torino (Italy). Before coming to Virginia, he was a post-doc at Carnegie Mellon University and an assistant, then associate professor at the U. of Alabama, Tuscaloosa. His research activities lie at the intersection of materials science and electrochemistry; in particular, his group is focused on developing the fundamental science and processing knowledge to tailor materials for micro/nano-electronics, magnetics, and most recently energy conversion applications. Current interests encompass the fundamentals of alloy electrodeposition, the synthesis of semiconductor materials for energy applications, the tailoring of electron transport properties in dielectric oxides, and the design of novel magnetic storage devices. Prof. Zangari has published more than 250 articles with 3800 citations and h-index 31, and has co-authored a book on electrodeposition science and technology. He is a Fellow of the Electrochemical Society. More information about Dr Zangari's group are available at: https://www2.virginia.edu/ms/research/zangari/ 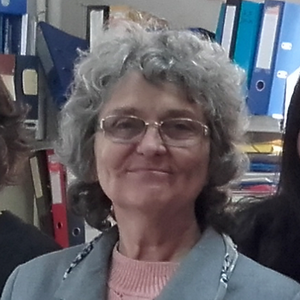 Dr Eleonora-Mihaela Ungureanu is a Professor at the Faculty of Applied Chemistry and Material Science (FCASM), Department of Inorganic Chemistry, Physical Chemistry and Electrochemistry (CAFE), University Politehnica of Bucharest (UPB) where she serves as a Head of the Laboratory of Electrochemical Processes in Organic Solvents (PESO), CAFE, UPB. Prof. Ungureanu obtained her PhD degree in 1988 from UPB, where she is today a professor and PhD advisor with a significant experience in physical chemistry and organic electrochemical processes. She was a project manager/responsible partner in many national and international R&D projects in the field of electrochemistry. She has published 14 books and over 130 peer-reviewed papers with 700 citations and h-index 14. She serves as the editor of Scientific Bulletin of Politehnica University of Bucharest - Series B, Bulletin of Chemical Society of Romania, and member of the editorial board of Frontiers in Chemistry. Her research includes electrode processes on silicon semiconductors, electrochemical processes of organic compounds, organic electrosyntheses, molecular recognition in homogeneous and heterogeneous systems, sensors and carbon nanotubes functionalization. She was awarded a Diploma of honour for the promotion of chemistry in Romania, several Prizes of the Romanian Chemistry Society (SChR), and the Emilian Bratu medal of the SChR in 2013 for the activity in chemical engineering.

What can we learn from the composition depth profile of electrodeposited materials on the deposition process itself? 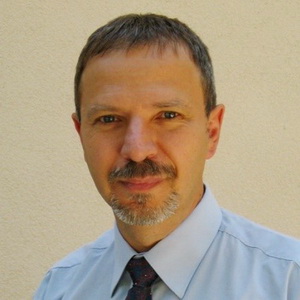 Dr László Péter is a scientific advisor and the Head of the Complex Fluids Department at Wigner Research Centre for Physics, Hungarian Academy of Sciences. He obtained his PhD in 1995 from Eötvös University of Budapest, Faculty of Sciences, and after that did a postdoctoral fellowship at the University of Texas, Austin, in the group of prof. Allen J. Bard (1995-1997). He was an international visiting scientist at Hitachi Research Laboratory, Japan (1997-1998). From 1998 he is employed at Wigner Research Centre for Physics, where he collaborates with prof. Imre Bakonyi on electrodeposition related topics. His research interests include electrodeposition of metallic nanostructures, multilayers, magnetic nanostructures, corrosion and hydrogen adsorption and permeation in metals. Dr Péter is strongly dedicated to electrochemistry education, and he was a coordinator of electrochemistry oriented training courses in the framework of COST action MP1407 (2016-2019). He teaches a course on Electrodeposition of metals at Eötvös University of Budapest, and has taken part in 26 PhD thesis evaluations. He published 95 research papers with over 1500 citations and h-index 25. He served as the editor of Open Chemistry (2009-2017), and is currently a key reader for electrochemistry at Metallurgical and Materials Transactions E (2014-), and an advisory board member at Journal of Solid State Electrochemistry (2019-). He received a D.Sc. title from Hungarian Academy of Sciences (2013). 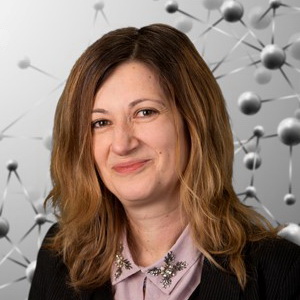 Dr Lidija D. Rafailovic graduated in 1998 at the Faculty of Physical Chemistry, University of Belgrade, Serbia. In 2007 she was selected to attend the PhD colleague “Experimental Materials Science – Nanostructured Materials” headed by Prof. H. Peter Karnthaler at the University of Vienna, Austria. There, in 2011 she received her PhD based on her work for the synthesis and characterization of tailored electrodeposited nanostructured materials. Since then she is employed as a researcher at CEST, Center of Electrochemical Surface Technology, Wiener Neustadt, Austria developing electrochemical synthesis of nanostructured materials for energy relating applications. She also focuses on metallization of 3D printed and carbon fiber reinforced polymers working in this field with worldwide leading industrial partners as Airbus. She has more than 300 citations with h-index 13 based on her publication activity and 28 publications that appeared in peer review journals including journals as Nano Energy, Advanced Materials and Science Advances. 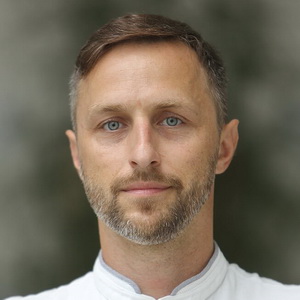 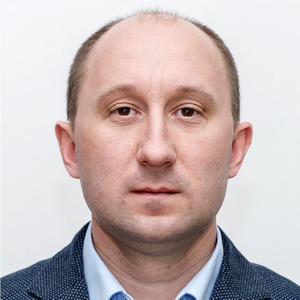 Dr Serhiy Cherevko is a Group Leader at Forschungszentrum Jülich, Helmholtz-Institut Erlangen-Nürnberg (Germany). He obtained his BSc and Msc (with distinction) degree in Physics from the V.N. Karazin Kharkiv National University (Ukraine). After obtaining a PhD degree in Nanoscience/Electrochemistry from the Sungkyunkwan University, South Korea (2009) he was postdoctoral researcher at the same university with Brain Korea 21 (BK-21) postdoctoral research fellowship (2009-2011), and then transferred to Max-Planck Institut für Eisenforschung, Germany (2011-2015). Since 2016 he holds his current position in Erlangen. His research in the field of electrocatalysis is focused on catalyst stability and precious metal circular economy. Dr Cherevko has published 96 research papers, 2 book chapters and gave 25 oral presentations with 9 invited talks. He has a h-index of 37 with 3986 citations. He has participated in several national funded projects, and a H2020 CREATE project under No. 721065 (research and innovation programme). He teaches several university courses, including Advanced Electrochemistry and Electrocatalysis, and has advised and co-advised one post-doctoral researcher and several PhD, MSc and BSC students. He is also a frequent journal reviewer for Science and Nature family journals, ACS, RSC, Wiley, Springer and Elsevier journals. He is a member of the ECS and ISE, and has been granted with Electrochimica Acta Travel Award for Young Electrochemists (2013). 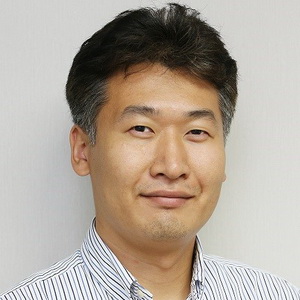 Prof. Seokwoo Jeon is Chair professor of Materials Science & Engineering at Korea Advanced Institute of Science and Technology, South Korea. He received PhD degree in Material Science and Engineering in 2006 at University of Illinois at Urbana-Champaign.
His research goals are exploring novel electronic, mechanical, and optical properties from those nanomaterials and employing those materials in real world application. Currently his research focuses on synthesis and applications of low dimensional materials including graphene, carbon nanotubes, BN, and MoS2, and fabrication of 3D nanostructures using various metallic or ceramic materials for mechanical metamaterials and energy applications.
He has produced more than 150 publications and 100 patents in his research fields, with h-index 39 and over 7.800 citations. He has been a board member of numerous academic societies, and a session organizer or organizing committee of international conferences such as ICCM, ACCM, and MRS. Presidential early-career scientist award from the Korean Academy of Science and Technology (KAST) represents his numerous academic awards and honors in recent years. In 2017, he has appointed as a founding member of the Young Korean Academy of Science and Technology (Y-KAST) and become a director of Advanced MEMS GC Center for Drug Detection. 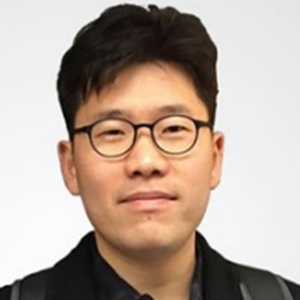 Yong-Mook Kang completed his B.S. (1999), M.S. (2001), and Ph.D. (2004) in Korea Advanced Institute of Science and Technology. He has been a senior researcher in Samsung SDI Co., LTD and a professor at Department of Energy and Materials Engineering in Dongguk University. He is now a full professor at Department of Materials Science and Engineering in Korea University. His research area covers electrode or catalyst materials for Li rechargeable batteries and various post Li batteries, such as Li-air battery, Na rechargeable battery and so on. To date, he has co-authored more than 150 refereed journal articles with 7070 citations and h-index 46, more than 50 domestic or international patents, several articles in books or proceedings, and a textbook of nano-science and electrochemical devices. For his research achievements in energy conversion & storage materials, he was appointed as a TWAS (Academy of Science for Developing Worlds) Young Affiliate for the first time in South Korea, and awarded the International Collaboration Award of Australian Research Council-2010. From 2015, he has been appointed as a RSC (Royal Society of Chemistry) fellow & representative of Korea. From 2020, he has been a member of Y-KAST (Young Korean Academy of Science and Technology). More information about Prof. Kang’s group are available at: https://sites.google.com/view/ymkang/